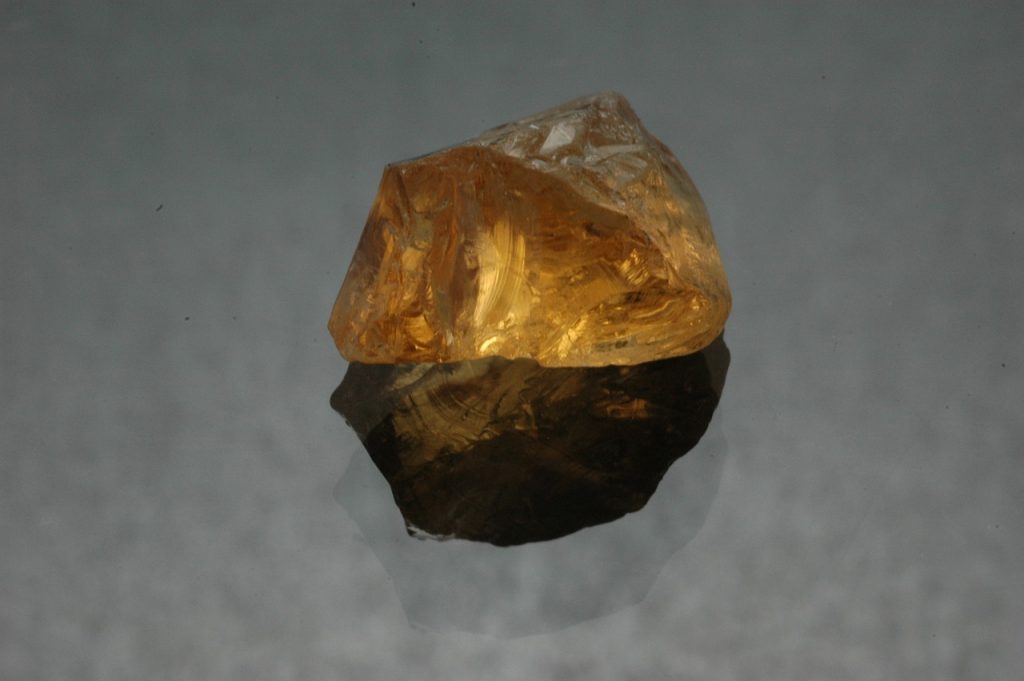 Beryl (Beryllium Aluminum Silicate (Be3Al2Si6O18)) is generally associated with granitic pegmatites, high pressure hydrothermal deposits, and is some types of metamorphic rocks. Its colour is varied and is often emerald green, blue to blue-green, yellow, greenish-gold, red, colorless and pink. and the mineral exhibits a vitreous luster. Crystals of beryl are generally transparent to translucent, and occur as hexagonal prism with pincoid terminations. Cleavage is imperfect in one direction and it fractures conchoidally on impact. Beryl’s hardness is 7.5 – 8 on Mohs’ scale. The main gem varieties of beryl is emerald (green) and aquamarine (blue).

Beryl occurs in Egypt at Sikait-Zubara on the Red Sea coast (see map), and the rough stone is of the green variety. These emerald deposits are associated with pegmatitic quartz veins traversing mica and talc schists and are found occasionally in the schists themselves (Said, 1962). In modern times the gem mined from this region are not of particularly good quality, being full of flaws which gives them a whitish-green colour. The ancient mines appear to have been worked mainly by the ancient Greeks and Romans, and was probably the main source of emeralds during classical times. It is unlikely that beryl was used as worked stone in ancient Egypt until later times, mainly during the Ptolemaic period due to the hardness of beryl. Many artifacts of older dates that are identified as worked beryl are often misidentified (Lucas & Harris, 1962). Usually, other green minerals like feldspar, olivine, and jade (or those materials misidentified as jade) are sometimes identified as emerald. However, beryl is found in a number of older dated artifacts as uncut rough stones, which were sometimes have holes bored with a drill. For example, large beryl crystals are found in silver jewelry from Qustul (Emery, 1938) and a uncut stone is found in a necklace from a predynastic tomb at Kubanieh (Junker, 1919).