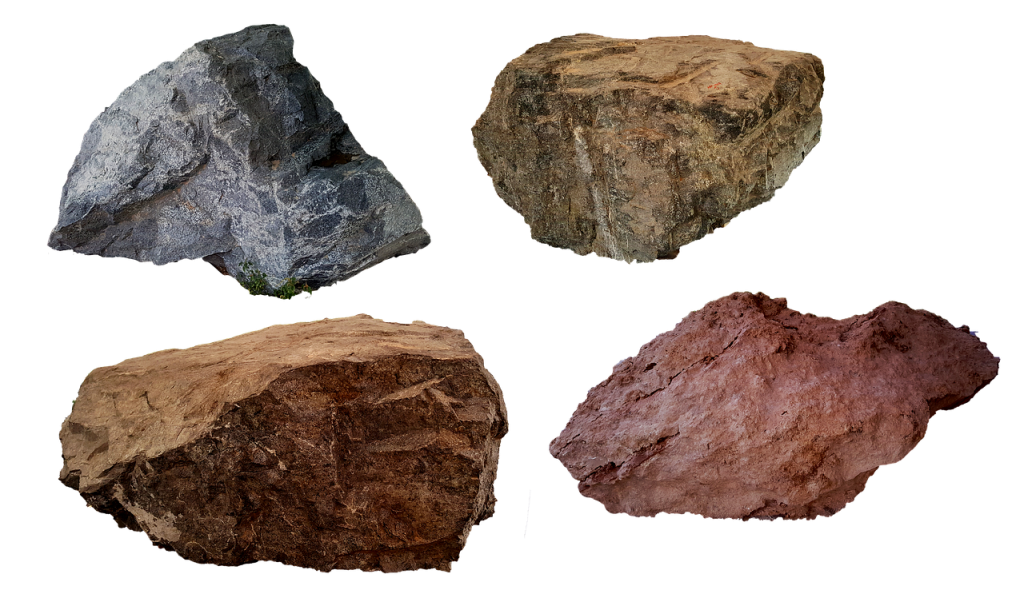 The term granite broadly applies to any holocrystalline quartz-bearing plutonic rock,  in which quartz makes up 10 to 50% of the felsic components, the alkali feldspar/total feldspar ratio is between 65 to 90%, and the modal concentration of mafic minerals is less than 10% (hornblende, biotite). Grain size of the minerals components generally range from 1 millimeter to many centimeters..

Granite was used by the ancient Egyptians for building, generally as a lining material for chambers and passages, interior structure of temples, for door frames, and as facing stones, from the Early Dynastic period onwards. In most instances granite used for these purposes was a coarse-grained red variety from Aswan (monumental red granite), and to a much lesser extent a grey to black granite (monumental black granite) was used. During the Predynastic period granite was used to a very small extent chiefly for making vases and bowls. As the occurrence of granite increase as a building material its use for bowls and vases also increased. This seems to correspond to the increased use of copper tools by the ancient Egyptians (Lucas and Harris, 1962). During the Early Dynastic period onward it was used for sarcophagi, and during later periods it was used for statues, obelisks, stelai, and other objects.

Links to examples of granite usage