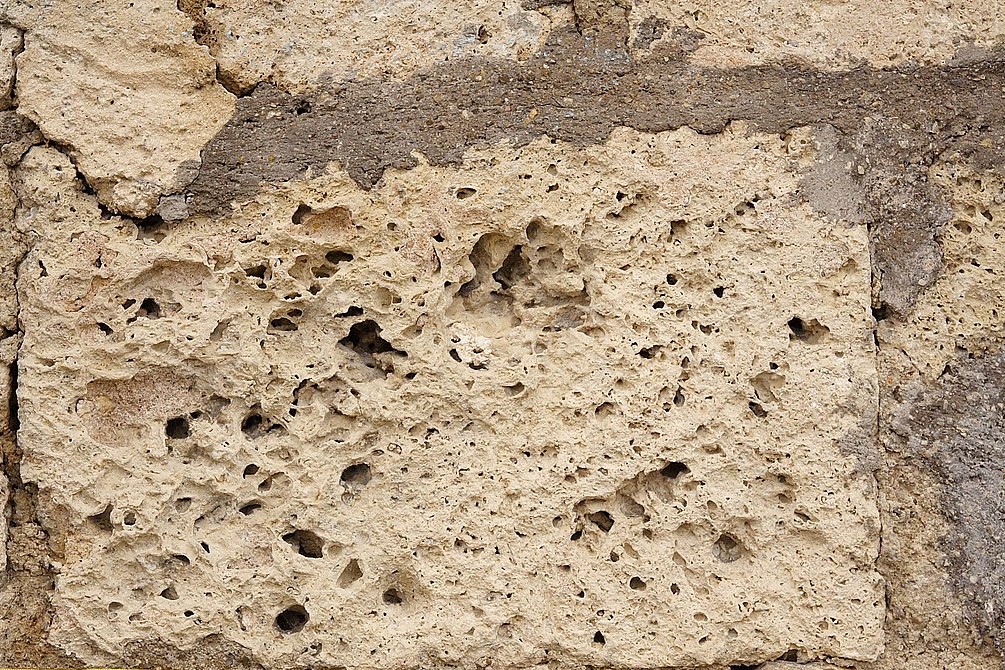 Almost all of the “alabaster” artifacts in ancient Egypt are made out of the mineral calcite and not gypsum, as one might expect. In actual fact, the rock that is commonly called “alabaster” is almost always the rock travertine. Travertine is a massive, finely crystalline rock of calcite formed by secondary chemical precipitation from ground water solutions in limestone formations. The Egyptian deposits of this rock occur in veins and pods. They frequently exhibits alternating bands of fine-grained white and coarse-grained brown calcite, and occasionally as massive fine-grained amber-brown calcite. Travertine was quarried by the ancient Egyptians at numerous locations in the Eastern Desert, and most are within 25 km of the Nile Valley (see map). Photos of polished rock slabs obtained from various travertinequarry sites used by the ancient Egyptians can be seen at the Ancient Egyptian Quarries website.

Travertine was used by the ancient Egyptians throughout the entire history of their civilization (Predynastic period to very Late period). The extensive use of this material was undoubtedly due to the fact that it is a very soft material in terms of indentation hardness and is easily worked. Travertine being made almost entirely of the mineral calcite (hardness of 3 on Mohs’ Scale) can almost be carved with a fingernail, and it easily takes on a very good polish by hand lapping. The rock travertine also exhibits a high rock hardness (fracture strength), which allows it to be finely detailed when carved. It was used by the ancient Egyptians as a subsidiary building material, chiefly for the lining of passages and rooms, particularly in Shrines, from early dynastic times to as late as the 19th dynasty. It also had many other uses in ancient Egypt, one of the more common and earliest usage was for vases and mace-heads. It was also used for canopic boxes, canopic jars, statues, statuettes, offering tables, bowls, dishes, and other similar type objects and more rarely it was employed for sarcophagi (Lucas and Harris, 1962).

Links to examples of Travertine usage