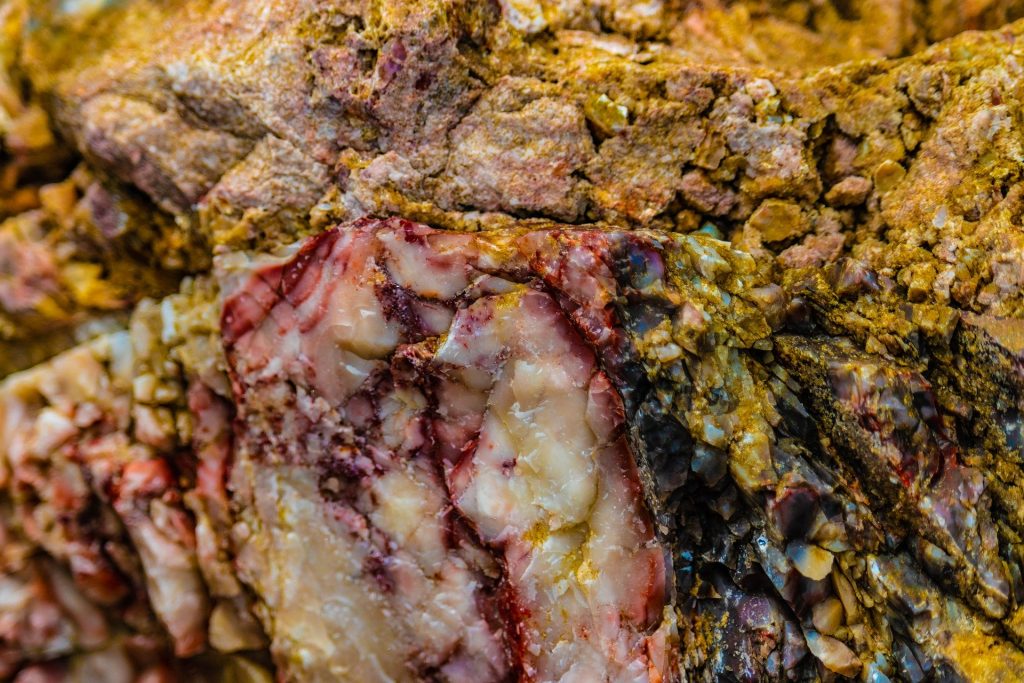 Limestone is a sedimentary rock consisting chiefly of the mineral calcite (calcium carbonate, CaCO3, Mh. 3), but can also contain other constituents such as quartz, chert, clay, iron oxides, organics, and dolomite. Limestone is the most widely distributed of the carbonate rocks in the Earth’s crust, and is the consolidated equivalent of calcareous mud, calcareous sand, and/or shell fragments. They can also form by precipitation of calcite grains from solution, producing rocks like travertine.

Limestone was used in ancient Egyptians as a building material up until the 19th dynasty where it was replaced to large degree by the use of sandstone (Lucas and Harris, 1962). It was used in the form of cut blocks mainly for the construction of tombs and temples, and hills of limestone were excavated to produce chambers for tombs as well. Limestone was one of the first materials use by the ancient Egyptians for carving of objects other than tools and weapons. Because it is a soft stone and often of a fine grain texture it lends itself well to carving and other lapidary techniques, especially in its more indurated form. From Neolithic times onward limestone was used in the manufacturing of vases, bowls, statuary, etc.. A number of high quality limestones exist in Egypt and occur in a variety of colours, such as black (Eastern Desert, Cairo-Suez region), yellow (Qift region), and pink (Western Desert).

Links to examples of limestone usage

Early Dynastic period “schist” cup with pink limestone base, from the tomb of Queen Her-nit (height: 18 cm, diameter: 8 cm; Egyptian Museum, Cairo). Note: the purplish colouration would suggest that the “schist” is a metamudstone.